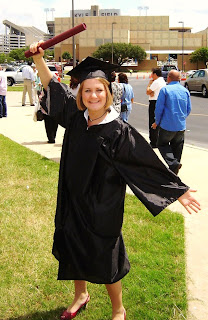 Wow, the last week and a half have been hectic. I hosted a bridal shower for 20 people at my house on Tuesday, watched my oldest daughter walk across the stage to receive her college degree on Friday, celebrated Mother's Day all weekend by eating out non-stop, and have collected all textbooks and materials from 8 kindergarten teachers this past week. Obviously the best moment was Jordan's graduation. A 3 hour ceremony that was worth every moment.....watching her jump for joy outside afterwards was the icing on the cake.


Today I was in the library setting up for a Volunteer Appreciation Tea tomorrow. (The last thing on my list of things to get through before I can relax). So I was out of the classroom near my purse and cell phone. When I returned at 3:45 to get my purse to leave, I saw a missed call from Will. So I called him back....

"Uh, uh, uh, well, I uh sorta fell on the driveway when Sarah brought me home today. And I uh, uh, well, Sarah's daddy is taking me to the emergency room."

"How did you fall on the driveway?"

"Well, I was running and I jumped up and fell down."

"Why are you going to the emergency room?"

Keep in mind, I am not panicking because Will is so calm while he is talking to me. And I am a little caught off guard by the whole thing. I tell him I can be home in 5 minutes to take him myself........and he tells me he is already on his way.

While they take Will off to be x-rayed, I ask his friend Sarah, "Tell me again how this happened." She hems and haws and makes a painful face........I say, "Just tell me the truth." And she says, "He jumped out of the car." Now.......it's making sense. I kept trying to figure out how half the skin was taken off of his arm with just a little fall on the driveway. Now, jumping out of a moving vehicle.....Road Rash.

Two hours later.....he probably broke his arm........they put it in a sling and we are to follow up with an Orthopedic Doctor tomorrow. He had all his wounds scrubbed and bandaged and had his chin stitched up. And he fessed up. I think he was already in the Punishment Phase.

Almost too tired to brag....

It's been another long day in kindergarten.......then on to the grocery store to finish buying a few things for a bridal shower I am hosting tomorrow at my house. The two other hostesses (sp?...more ssss?)stopped by to finish the "set up." Now, I am ready for bed and my feet are aching. I am so tired........BUT NOT TOO TIRED TO BRAG~

Today, my first daughter was offered an internship working for the Fiesta Bowl........something she wanted badly. And my second daughter was accepted into Mechanical Engineering School at Texas A&M. Great news for both of them. It feels so good to have your children's prayers answered. Both of my daughters are smart, funny and beautiful. Both are Aggies. Both are very different. But today, they were the same. Happy.

Thank you God for their answered prayers.
Posted by Julia at 10:44 PM No comments:

Where I Spend Some Time...decorating inspiration, babies, funny stuff and a little *trash (warning) 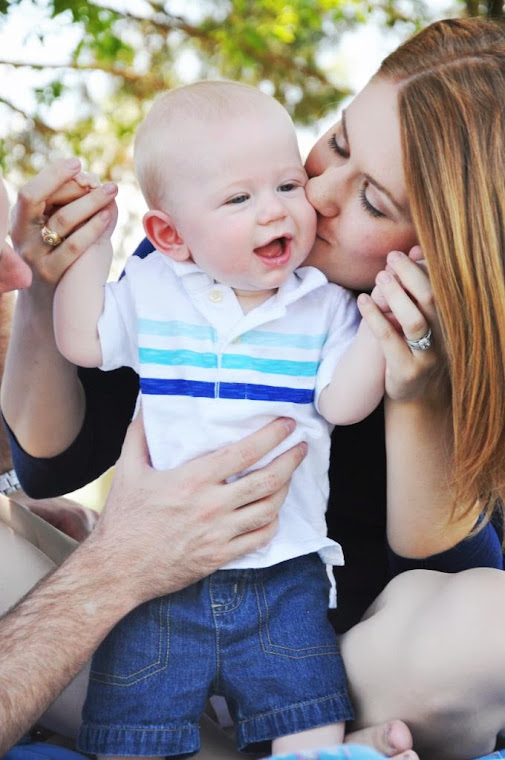 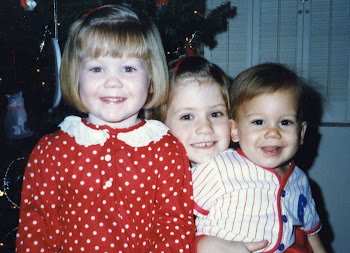 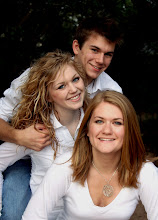 "Honey, I Raised the Kids." 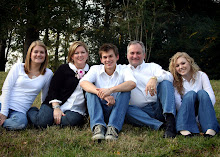